Many famous and wonderful pieces of music for concert band (and other mediums) exist only because they were commissioned. It is an essential method of encouraging new music to be written, and for that music to become part of the permanent band repertoire. As the MetWinds approached our twenty-fifth anniversary season, we made the first public announcement of a major project: our commissioning fund. 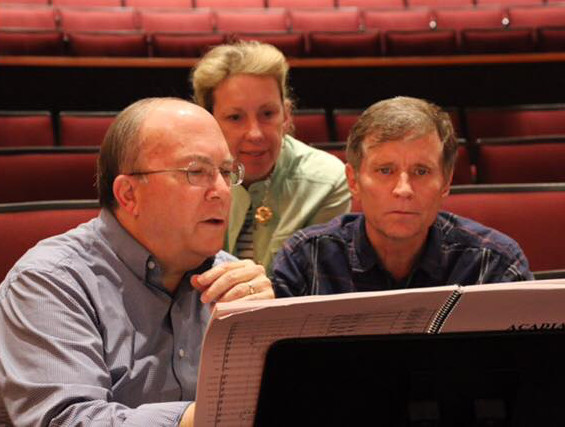 A generous and anonymous donor gave a substantial amount of money as a permanent endowment to us. The income from this endowment is to be used only to commission new pieces of concert band music. Ideally we would like to obtain original works on an annual basis, although this is a future goal. However, during that season we were able to obtain major new commissions presenting new works by Peter Schickele and James Curnow, and we have continued to bring new works to our players and our audience. In the seasons that followed, we were honored to have new commissions from one of the leading composers of Britain (Guy Woolfenden), and of the Netherlands (Johan de Meij). We also performed a piece for solo clarinet and band, written for our former music director David Martins, by Boston University composer Marjorie Merryman. Showing our belief in and support of composers at all levels, we have provided commissions to emerging and student composers as well. As all community arts groups do, we welcome contributions from any source. Usually those go to general operating funds. If you wish to, however, you may designate part or all of any contribution you'd like to make to the Wind Symphony to our commissioning fund.

Our commissioning program has included four categories of composers. These include internationally-known composers James Curnow, Johan de Meij, Elliot Del Borgo, Peter Schickele, Guy Woolfenden, Chen Yi, Lewis J. Buckley, and Frank Ticheli. Massachusetts composers include Allen Feinstein, Peter Hazzard, Marjorie Merryman, and Greg Tucker. Emerging composers include David Dzubay, John Heins, and Greg Sanders. The first student composers commissioned by MetWinds were Hayato Hirose, Noah Taylor, and Jesse Brault, whose pieces premiered in 2005 and 2007, followed by Matthew LaRocca and Joseph Kaz in 2013. In 2010 and 2011, MetWinds premiered fanfares by John Heins, Kevin Wilt, Joseph Eidson, and Alexandra Conza, winners of our 40th Season Fanfare Competition. Many of these works have been published and have been performed in the United States and abroad by other wind ensembles.

The MetWinds Commissioning Fund awards commissions to student, emerging, and established composers. This is typically done either through a competition that is announced on our website and publicized in Internet sites frequented by composers or it is done through an internal process. These MetWinds commissions are funded either through entry fees collected in composer competitions or with the income derived from the MetWinds Commissioning Fund. The principal from this Fund cannot be touched, so when sufficient income has been accumulated, we can start to plan another commission. Sometimes, the purpose of the commission is to commemorate a special occasion. Or, we may have a soloist in mind for whom we wish a piece to be written.

Another way the MetWinds commissions composers is by being part of a consortium which pools the money from the consortium members to pay the commissioning fee. In this fashion, commissions of various types are planned to be awarded on a regular basis long into the future. Please communicate with Bob Piankian, chair of the MetWinds Commissioning Committee, if you wish any further information.

Works marked with * were commissioned and premiered by MetWinds.

Works marked with + were commissioned by a group, of which MetWinds was one member. Read the individual work's page for more details.